Texas designer Marie Flanigan shares interiors wisdom from some of her most memorable before-and-after projects.

Over the years Houston-based designer Marie Flanigan has helped countless clients transform their spaces. In the process she’s learned which sentiments to embrace and which to avoid. The design pitfall she sees most often? “Tunnel vision. Many people become consumed with the transformation of one space and forget to take a step back to determine how well it fits within the rest of the home,” she says. But clutter comes in a close second. As Flanigan sees it, “We have a natural desire to fill our homes with things and forget that the most powerful rooms are often those that celebrate negative space.” Her best advice: “When remodeling, try to avoid buying new things to fill a space—edit the elements you have, release those that no longer make sense, and embrace the moments of simplicity that process creates.” These before-and-after projects are testament to the transformational power Flanigan espouses. Here, nine mistakes to avoid when undertaking a renovation in your own home.

The breakfast nook before. 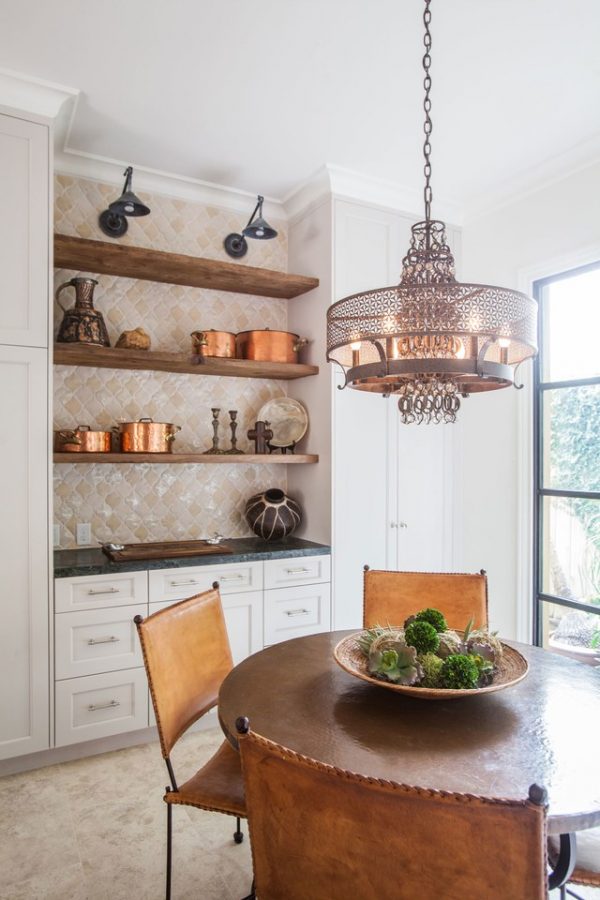 Don’t keep too much stuff. A breakfast nook in a Bellaire, Texas, home felt dark and cluttered, with cookware taking up precious counter space. Flanigan transformed the space by installing floor-to-ceiling steel windows as well as a wall of shelves and additional cabinets for hidden storage. Polished nickel hardware modernizes the room. 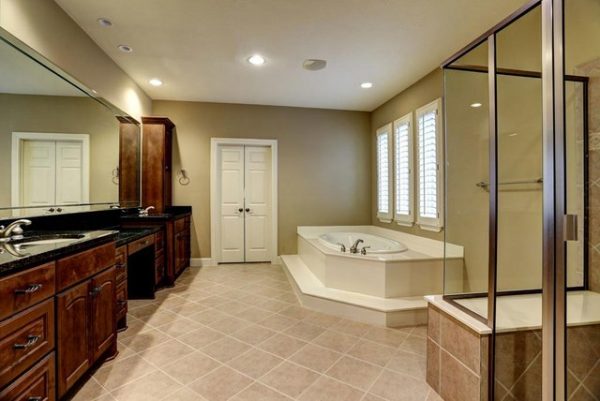 The master bath before.

Don’t get too ambitious. “Paint played a huge role in transforming this space from bland and beige to bright and brilliant,” says Flanigan of a Houston master bath that was inconsistent with her client’s style. To update the room without taking on the cost of new plumbing, Flanigan opted for grand cosmetic statements, such as paneled walls and white and gray tiles. “Nothing makes an impact quite like natural stone.” 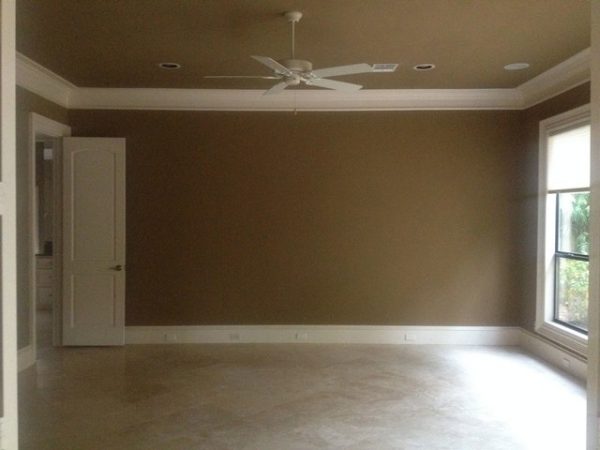 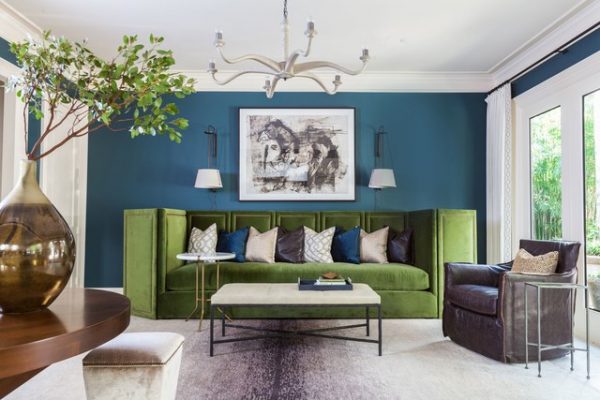 Don’t be afraid of color. A blank canvas doesn’t have to be intimidating, even when giving an old space a new function (as was the case with this first-floor master bedroom turned entertaining lounge). Since the word “party” was at the heart of this transformation, Flanigan pulled in opulent jewel tones and rich textures. “Play with color through a fresh coat of paint or a lively new wall covering—it’s a quick and easy way to refresh any space, and you can change it as often as you like,” she says. 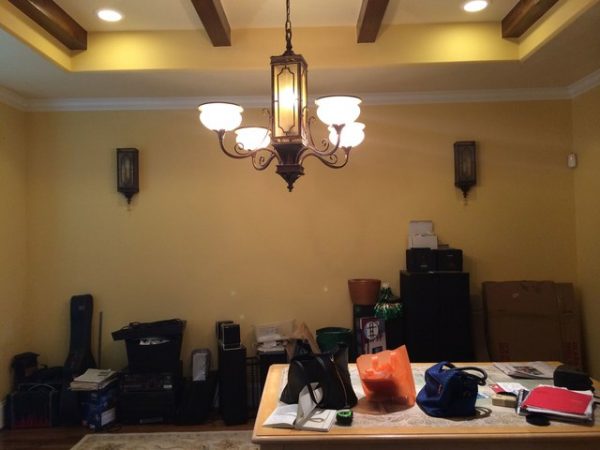 A multipurpose room before. 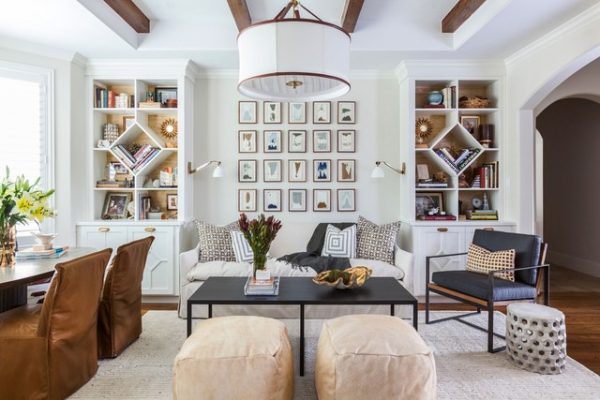 Don’t get stuck in the dark. “Before the remodel, this space was so dark that no one ever wanted to spend time there,” says Flanigan. “We turned to a layered lighting plan that would enhance the feel and functionality of the room.” In addition to the new chandelier and wall sconces, the designer added built-in cabinets, shelving, and a reading nook to create a tranquil room for the client’s children to complete homework in. 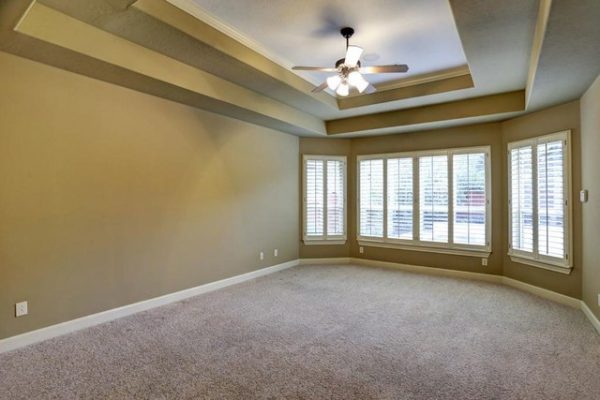 The master bedroom before. 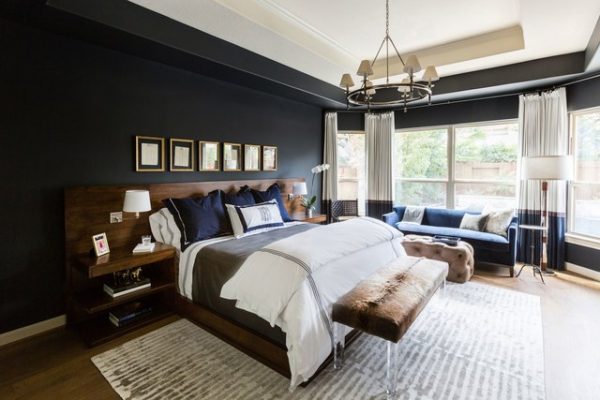 Don’t forget to look up. To boost the drama in a previously dull and dark room, Flanigan painted the walls in Benjamin Moore’s Witching Hour and carried the color over the first tier of the ceiling. “Ceiling trays can create a choppy line of sight, but they’re difficult and costly to remove,” Flanigan says. “We got creative and allowed the paint to continue traveling up versus stopping short at the first step to create the illusion of added height.” Plantation shutters were removed to allow for more natural light. 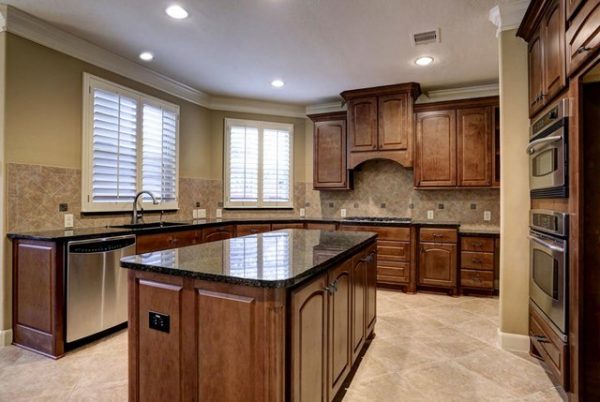 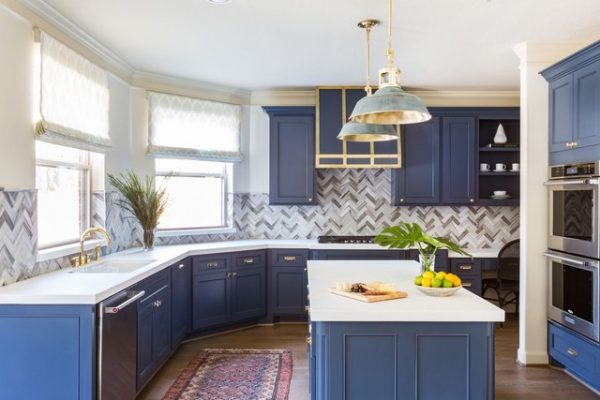 Don’t neglect your millwork. It’s easy to avoid falling into the trap of predictable, dull cabinets, as Flanigan proved in this transformation of a Houston kitchen. “Instead of playing it safe with a white or gray finish, we decided to have the counters and backsplash tell the neutral story while the cabinets had some fun,” she says of reworking cabinets that were original to the house. Another great tip? Avoid construction and material costs by keeping the body of your cabinets and replacing only the doors. 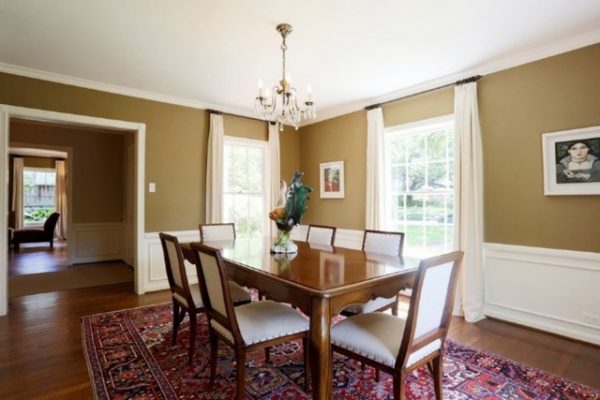 The dining room before. 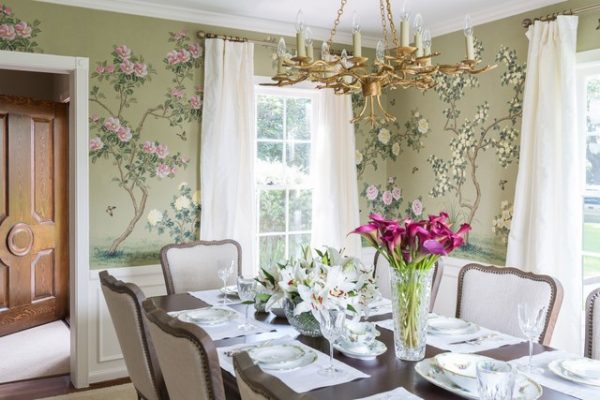 Don’t overlook wallpaper. In a 1930s home, Flanigan worked to maintain the original architecture while breathing new life into a lackluster dining room. Inspired by the owners’ wedding china, she covered the walls with a custom hand-painted Gracie Studio wallpaper. “Don’t be afraid to go bold with your wallpaper,” she says. “It’s an easy way to make an artistic statement without a serious commitment.” 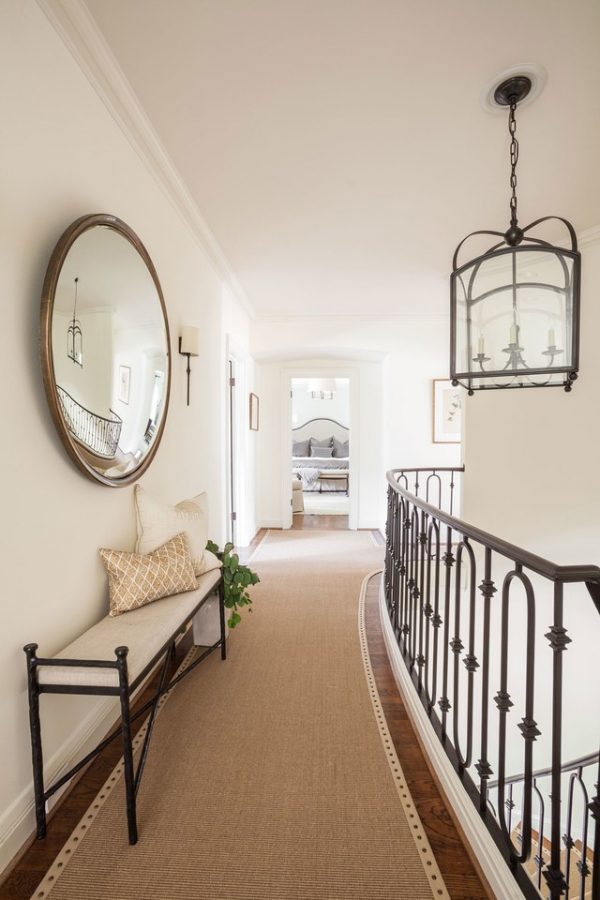 Don’t narrow your focus too much. While most concentrate on big-impact rooms like kitchens and living rooms, Flanigan believes it’s crucial to “give transition spaces the same attention you would a destination room because they set the tone for all surrounding areas.” To achieve an inviting, bright mood, don’t underestimate the impact of a well-placed mirror in a hallway, entryway, or mud room. 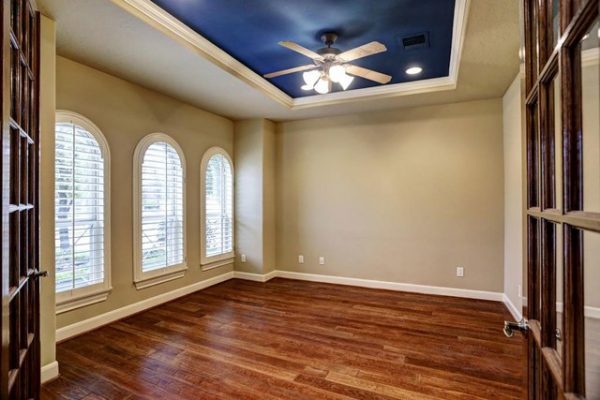 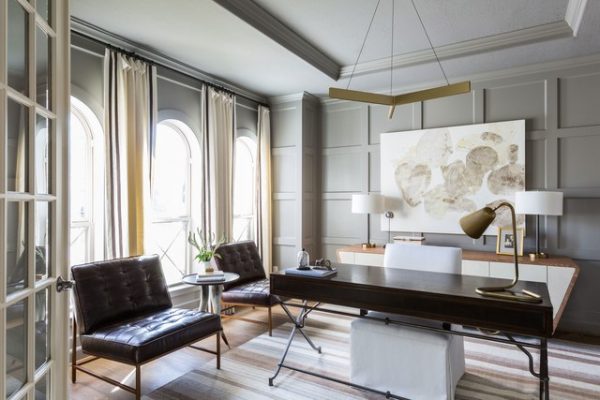 Don’t fear monochromatic palettes. “Going gray from floor to ceiling creates a calming backdrop that allows this entire space to breathe, and I love how it highlights the newly paneled walls,” says Flanigan of a room that benefited from subduing the previously stark color contrast between the ceiling and walls.

All credit for this blog goes to Architectural Digest.