One of the many ways we spend time as a family is to seek out culture and diversity in the beautiful City of Angels and the art scene is a burgeoning area of growth. As members of the Los Angeles County Museum of Art (LACMA), we have been looking forward to the new Expressionism in Germany and France: From Van Gogh to Kandinsky exhibit. We are huge fans of the Post-Impressionist and Expressionist artists and find much of our color inspiration from studying works of art from early 20th century Europe (Featured left, Vincent van Gogh, Oil on Canvas, 1889).

Thus, over this past weekend we visited LACMA for the Van Gogh to Kandinsky exhibit. This installation chronicles the developments in modern art from artists in Germany as they traveled to Paris in the early 20th century. Below is a map of Germany and France which tells the story of how this French avant-garde art was being collected in Germany by private collectors who were less constrained than the museum directors at the time. Many of the new generation of Expressionist painters were moved by this new art. 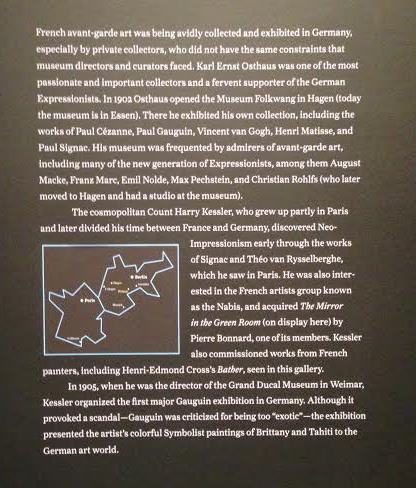 The exhibition features “Post‑Impressionist, Fauvist, and Cubist paintings” including “Cézanne, Van Gogh, Gauguin, Henri Matisse, Robert Delaunay, and Paul Signac” and “the Expressionists, such as Wassily Kandinsky, Ernst Ludwig Kirchner, Gabrielle Münter, and Franz Marc.” Many of these paintings are from the vast libraries of private collectors and are on loan to LACMA from major museums from the US, Germany, France, Switzerland and the UK. The exhibit boasts ninety paintings, 45 papered works and more than 40 artists and connects them over time as an “international movement in which artists responded with various aesthetic approaches to the work of modern masters.” Pictured below left, is Nude by Christian Rohlfs, an example of German expressionism influenced greatly by Van Gogh and the expressionist movement.

Very well-curated, the exhibit sought to emphasize not only the works of art themselves, but also, the criticisms the artists were up against (pictured above, right). The written critiques were presented, tongue and cheek, as wall art – pictured below – large text which read “WARNING! A COLLECTION OF PAINTINGS BY THE… OBSCURE PAINTER PAUL GAUGUIN…IS ADVANCING SLOWLY TOWARDS – BERLIN. FOLLOWING ON THE IDIOT VAN GOGH COMES NOW GAUGIN. – AN ART CRITIC WRITING IN THE MAGAZINE DIE KUNST-HALLE (1905). You know you’re shaking up the norm and making the establishment uncomfortable if critics hate it. 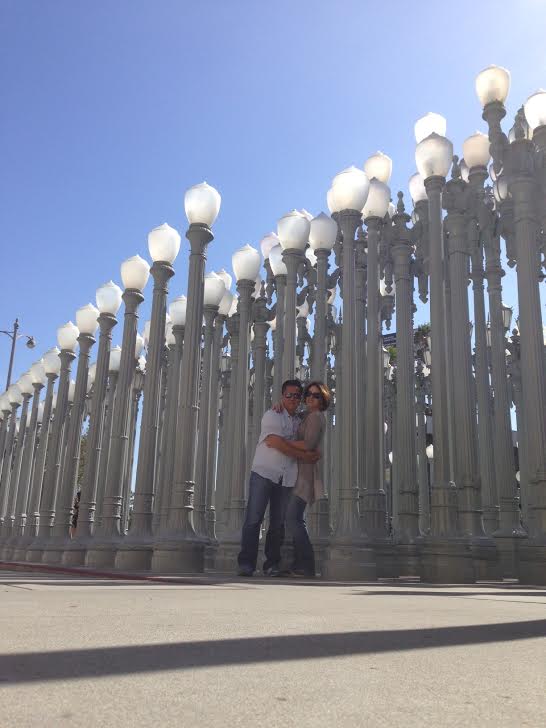 It is an amazing story curated through time and through the works of some of the most notable and famous artists. We had a blast!